Life in Hong Kong is anything but ordinary at the moment, but many OKs will have experienced similar disruption during the SARS outbreak in 2003. Former Principal Ann Mc Donald OBE looks back. In the lead up to Easter in 2003, Ann became aware that there were odd sorts of things circulating in the press about a new type of flu. “It all came to a head at a briefing from the education department (EDB). It was just one of those most dreadful situations because anxiety was high. All I can remember feeling is dreadfully sorry for the women talking because nobody knew what we were dealing with and they were being asked questions that nobody could answer.”

Across Hong Kong, hysteria was beginning to take hold. Someone wrote in the SCMP that the biggest impact of SARS was this contagion of hysteria because everybody was so frightened. There were outbreaks in a hotel and in a social housing estate in Kowloon and theories abounded, including one that SARS was spreading via the drains.

“We became aware that parents were leaving, and we were also starting to hearing retrospectively that families had gone.” This trickle increased, and it came to a head one day when a mother who was extremely stressed and obviously distraught came into a class and wanted her children. “The teacher couldn’t get the child quick enough for her, so she screamed at the teacher saying: ‘we must go, we must go, we’re all going to die, we’re all going to die,’ in front of the whole class.”

The trickle of people leaving was becoming a torrent, so Ann, David Kidd, who was the Chairman of Governors, and Peter Lowe, who was Deputy Chairman, made the decision that they were going to close the school. “We felt that if we didn’t close and have a clear line in the sand, that the school would be empty by default.”

“There was all sorts of talk about how Hong Kong was going to go under curfew and that they would close the border. We made a decision that as long as teachers continued to provide online learning materials, we would allow them to work remotely.”

The lack of knowns when it came to how infection spread made everyone paranoid. “Initially we told children to do the work and post it back, but then we realised we can’t have it posted because it might be infected and everything had to be faxed. So every morning, you would come in and would be reams and reams of paper!”

“When you look back, and see how everyone responded, you really saw the best of Hong Kong.”

Kellett was one of the first schools to close ahead of the general EDB suspension of all schools in Hong Kong. A couple of weeks later Ann went to a meeting with the EDB, and people walked out of it saying, will Hong Kong ever come back from this? Will our schools ever open again? Will we ever see our families again? “It was a really dark time.”

There was just a handful of Kellett families who stayed in Hong Kong. Some that left hit the headlines. “Our families were spread out around the globe for the holidays and one family lived in Orcas Island in the States. When they arrived, Taylor, their youngest son, had a cold. When they discovered he was from Hong Kong, they quarantined him as the first suspected case in the USA!”

Hong Kong’s dedicated doctors worked around the clock and eventually cracked the genome code at the Queen Mary Hospital and they realized what they were dealing with. Ann then decided that she was going to go home and see her mother.

When it was time for Ann to return, there were only about 10 or 12 passengers on the plane, one of whom was a parent who asked Ann to reopen the school because they needed to get their families back together. After another government meeting, Ann was told that if Kellett felt confident that they could keep their students safe, they could reopen.

SARS had a huge impact on how Hong Kong operates. From the time of the outbreak, public toilets became spotless overnight, there was soap everywhere and litter was outlawed. Taxi drivers were so desperate to get business that the taxis were immaculate. Shops were selling items at a loss just to survive. “Supermarkets were empty, cinemas were empty: it really felt like a ghost town.”

The school met with teachers to discuss how to support children as they came back because there was still anxiety. They put together packs for parents which included thermometers and set out the School’s new hygiene policies. There was also a dramatic meeting with parents. “Before I’d even begun to talk, a father stood up and said: “This is madness, how can you guarantee that you can keep our children safe?” And I can remember saying "I can’t guarantee that we’ll keep your children safe, but what I can guarantee is that we will do our utmost to do it.”

When the children returned, they were taken off the bus and given wet wipes for their hands and they had their temperature taken, and then they were allowed to go to school. “All these kids walked off the playground and hadn’t seen each other for ages so there were hugs around which was lovely but not ideal from an infection point of view! It was quite moving.” Towards the end of that week, Ann received a most enormous bowl of orchids: it was from the three fathers on the plane saying thank you for bringing our families back. Ann believes that Hong Kong did a most amazing job in the light of dealing with something completely unknown. “When you look back, and see how everyone responded, you really saw the best of Hong Kong.” 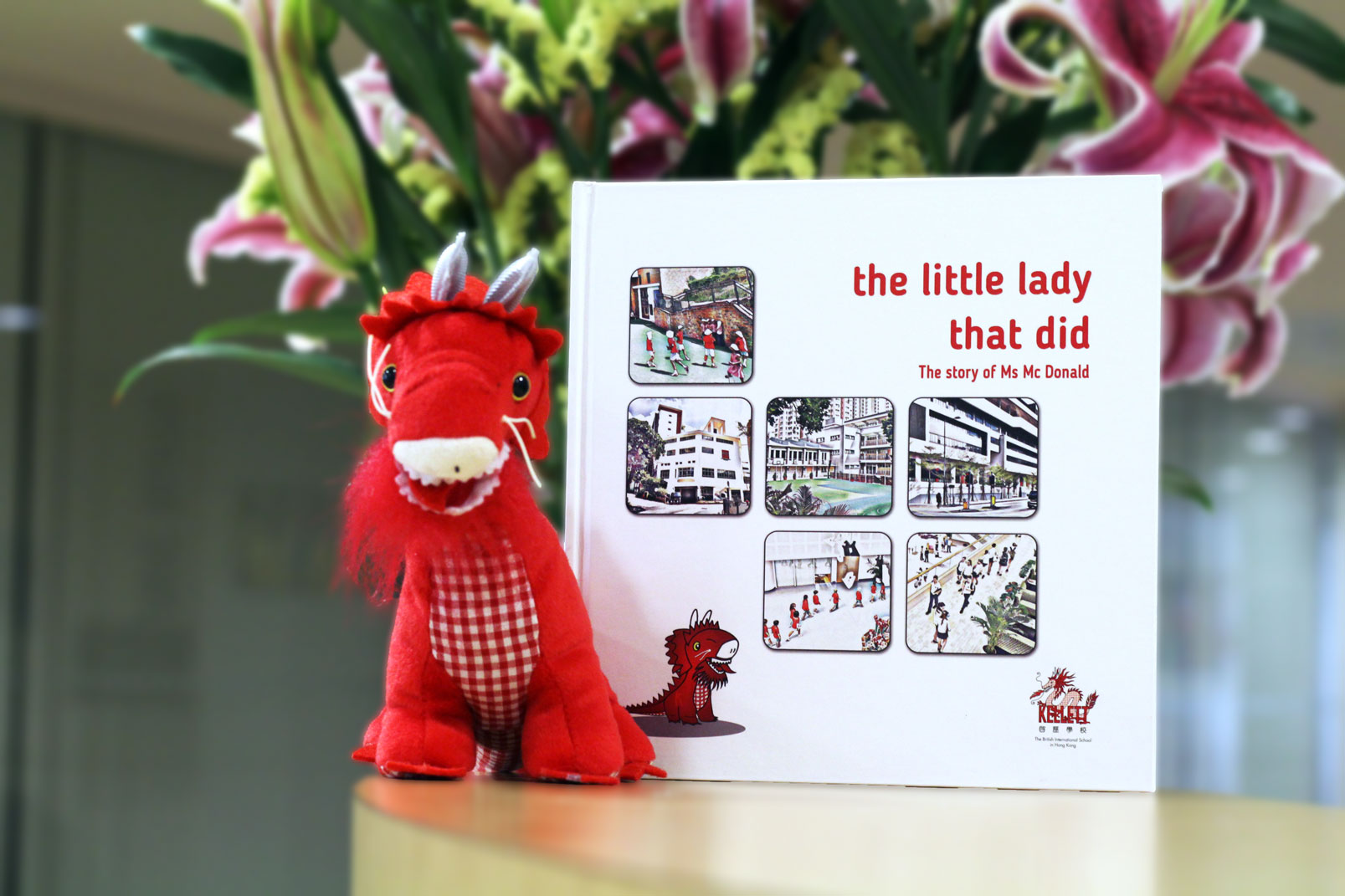 Abstract from The Little Lady That Did - Chapter 4, available to purchase from The Old Kellettonian Shop page. The end of term marks the end of Fiona Pratt's more than 15 years at Kellett. As Head of PE at Pok Fu Lam, she's cheered on and encouraged thousands of children on the sports field… More... A sweet time at the UK OK Gathering!

It was great to see so many familiar faces at our London OK Gathering. Former students, parents and teachers reminisced … More... An admission: we shall miss you, Suky

After a remarkable 18 years, Suky Lee, the School’s Head of Admissions, has left for fresh challenges and a well-earned … More... From HK to LA: The Benhamous follow their dreams

As the world changes, so do the jobs that are alumni are excelling in! Find out more about how recent OKs Markian (OK 20… More... Kellett School is thrilled to announce that Principal, Ms Ann Mc Donald, has been awarded an OBE for services to educati… More... Congratulation to Molly Hammond, Class of 2021