Neil Tomlin: from leading soldiers to leading a school

Lieutenant Colonel Tomlin OBE has enjoyed an exciting career in the Army: he explains why the Army offers a great life for the right person and why he's swapping nurturing soldiers for schoolchildren! Neil Tomlin (OK 1979-82) has enjoyed a highly distinguished career in the British Army, but from reading his old report cards, his teachers may be surprised to hear that he achieved such heights: “my teacher said I was disruptive!” he laughs.

Neil and his family relocated to Hong Kong when he was a toddler (his father was a pilot for Cathay) and spent his first few years of school at Kellett. “I remember playing outside on the astroturf and spending time in the music room banging cymbals," he said. He lived in Chung Hom Kok, and one school bus journey is firmly engrained in his memory: “I was looking after the class pets and had to bring the tadpoles back to school. Unfortunately the bus must have stopped suddenly, and I dropped them all, and that was the end of the tadpoles!”

He remembers Hong Kong life as full of adventure, a place where he learnt to water ski before he learnt how to ride a bike. After moving back to the UK, Neil completed his schooling and went to Manchester University. From there, he went to Sandhurst to train to be an officer in the British Army. “I am basically institutionalised for life!” he said.

Army life appealed to Neil because of the lifestyle it offered as well as heritage and tradition. “I got to play lots of sport and try different things,” he said. He joined the historic Black Watch regiment which was an infantry unit born in the aftermath of the First Jacobite Rebellion in Scotland in 1715, and more recently, was the final garrison unit in Hong Kong prior to its handover to China in 1997. Neil returned to Hong Kong with the regiment in 2000 to take part in the HK 10s tournament. “We played the PLA and beat them 5-0 but were then completely thrashed by an Australian team which included World Cup squad player Joe Roff!”

During his 24 years in the Army, Neil travelled the world on Army campaigns. He served in Kosovo in 2000 and was part of the Invasion of Iraq in 2003; in total he spent nearly two years in the country. He says that Afghanistan was his most fulfilling tour. “It was a tough time, but we made headway in delivering security to the country and eventually this responsibility was transferred back to the Afghans.” He commanded his regiment from 2016 to 2019 during tours of Iraq and Ukraine, and in 2019 he was appointed as an Officer of the British Empire (OBE) for his outstanding performance. “I was invested by the Queen at Windsor Castle, and it was as a great day for the whole family,” he said. Most recently he has been part of the senior team leading strategy development in the Ministry of Defence.

He says that the most enjoyable part of his job has been serving alongside solders. “In the army, over time you get to develop other people which is something I have very much enjoyed.”

Now a new challenge lies ahead: In September he leaves the Army and becomes Headmaster of Hall Grove, a prep school in Surrey. To him, his new job has many similarities to his role in the Army. “Both institutions have much in common: they are both values based, and instil moral courage, respect for others, integrity and selfless commitment,” he said. 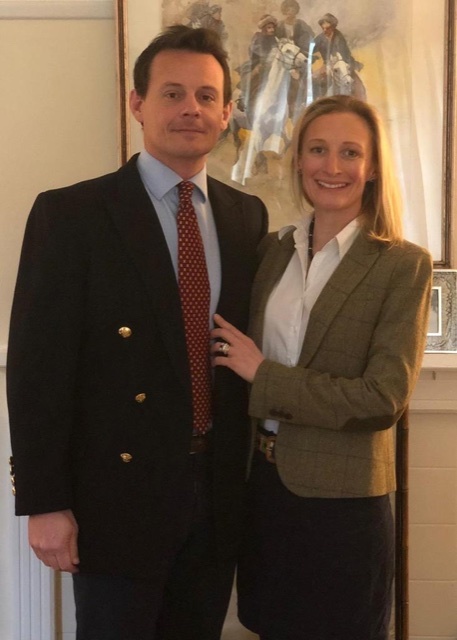 Neil and his wife Eugenie have a 16-year-old daughter and 15-year-old son, and he would be happy if they followed in his footsteps, and he believes their daughter in particular has the right kind of attributes.

If Old Kellettonians are interested in joining up, Neil recommends that potential recruits need to make sure they are prepared to be selfless. “You may be asked to do things at short notice that you may not want to do. If not prepared to do that, it’s not the right place for you. For the right person, it’s a great life and there are so many opportunities to make the most of,” he said. OK Ella will test her limits by cross country skiing for 20 days across the arctic sea ice in 2023. Why? To collect vital climate change data from the furthest point on the arctic … More... Racing ahead: how Hannah Biggs turned a love of horses into an exciting career From Hong Kong to Singapore to Shanghai: the career of former Deputy Principal David Ingram (OK 2004-08) has taken him a… More... Joanne Elliott has always liked starting things: thanks to her drive and tenacity, we have Kellett, but that's just one … More... Tara's mission to save the world After five years at the helm, Peter Goulston stood down as Chair at the most recent AGM. In the role Peter provided steadfast wise counsel. More... Kellett bids farewell to the Class of 2022

As we say a fond farewell to our Class of 2022, we hope you enjoy this video of their graduation ceremony! We also celebrate the ten students who have… More...